First off, there is far more complexity to the televisions eco system than you would initially think. Personally I've never had an interest in TVs and I've actaully never even bought a TV (until I needed to for this project) so I didn't ever think of the software on them.

A small bit of WebOS history Until now I would have considered any 4k tv equal, especially within one brand such as LG. That isn't the case however. LG uses and operating system called WebOS, which in 2011 was a much hyped operating system then owned by HP. You can learn more about its history on wikipedia https://en.wikipedia.org/wiki/WebOS. LG aquired WebOS in 2013 and started using it for it's smart TVs, bringing with it the ability to develop third party apps.

Main considerations for your web app You need to support chromium 4*. Spatial navigation (add some links) 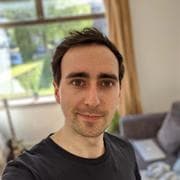